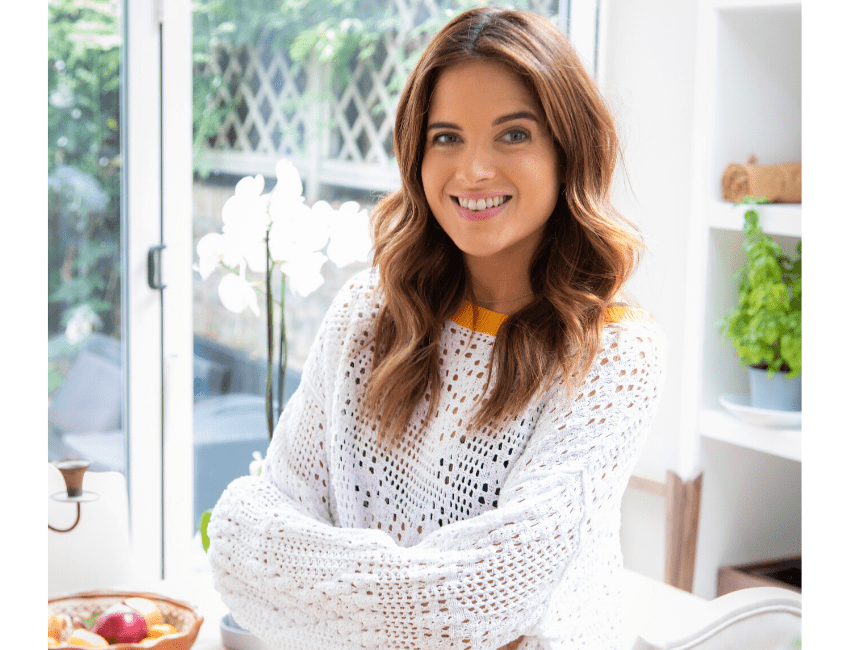 New Year’s fitness resolutions come around as surely as the chocs and cheeseboards at Christmas, even though most of us know that our good intentions will probably splutter out before the end of January. After a few false starts, Binky Felstead finally caught the fitness bug in her mid-20s, shortly before finding out she was pregnant with daughter India, now two. But with an adaptable routine, some banging tunes and help from bubble, she’s in the best shape of her life since becoming a mum. Here, she shares with us her tips for finding a love of fitness that sticks.

We’ve all put on gym gear on and spent all day in it without actually going to the gym, I certainly have! It has to become a lifestyle thing, not a quick fix. If I go to the gym in the morning – and it has to be the morning for me – it sorts my head out for the day, it means I don’t want to eat rubbish, it sorts out my anxiety if I’ve got it, I feel like a whole new person. I never thought I’d be able to say I had the fitness bug – it took a while, it really did!

Getting yourself into the gym is the hardest part. You just have to pump up the music, get those tunes going and just go for it. I don’t have a go-to track but I like to think I’m a glorious DJ, so I have numerous songs on my phone. It’s all house music – all the music I used to listen to back in the day. Except now, instead of partying in a sweaty club, I’m on a treadmill or running around the park! Music plays a huge role in my life, in my mental state. It massively lifts me up.

Make sure you love what you’re doing – mix it up a bit, buy yourself a new bit of gym kit, a new pair of trainers. There are also loads of brilliant apps you can use to motivate you.

It doesn’t have to be a gym thing

I remember my mum, hilariously, power walking around our fields and it made me laugh so much but she swears by it. If it’s 20 minutes out of your day, just going up and down the stairs a few times… as long as you’re moving, it’s better than nothing and will make you feel so much better.

It’s worth making the effort to get moving when you’re tired because you’ll feel energised afterwards. But if you’re exhausted and feeling ill, that’s when it’s time to stop, to rest and look after yourself.

If you’ve had a baby, it’s so important to strengthen your pelvic floor before starting exercise. It’s the first thing we talk about at Mummy Tribe (the retreat Binky founded for new mums). Seeing a women’s health physio can be expensive but it’s worth every penny. Many women feel intimidated by the thought of an internal examination but honestly, it’s fine.

I try to go to the gym at least three times a week, unless I’ve got a shoot going on and then I’ll smash it out every day. But that’s not sustainable to me, I have other things to do as well! I love food. I said to Max (Binky’s boyfriend) the other day, ‘Right, we can have shakes for breakfast and lunch and then we can have dinner together.’ He said, ‘What’s the point of that?!’ But we still want to go out and eat together and have fun together – everything in moderation.

Get your childcare sorted

I wouldn’t be able to get to the gym without having a bubble sitter to look after India. Every mum deserves space and time to exercise and as we all know, planning is key! Set aside that 30 minutes after your partner gets home to go for a run or book a regular slot at the gym’s creche – everything else will fall into place.

New to bubble? Download the free app now on iOS or Google Play to find amazing local childcare around you!